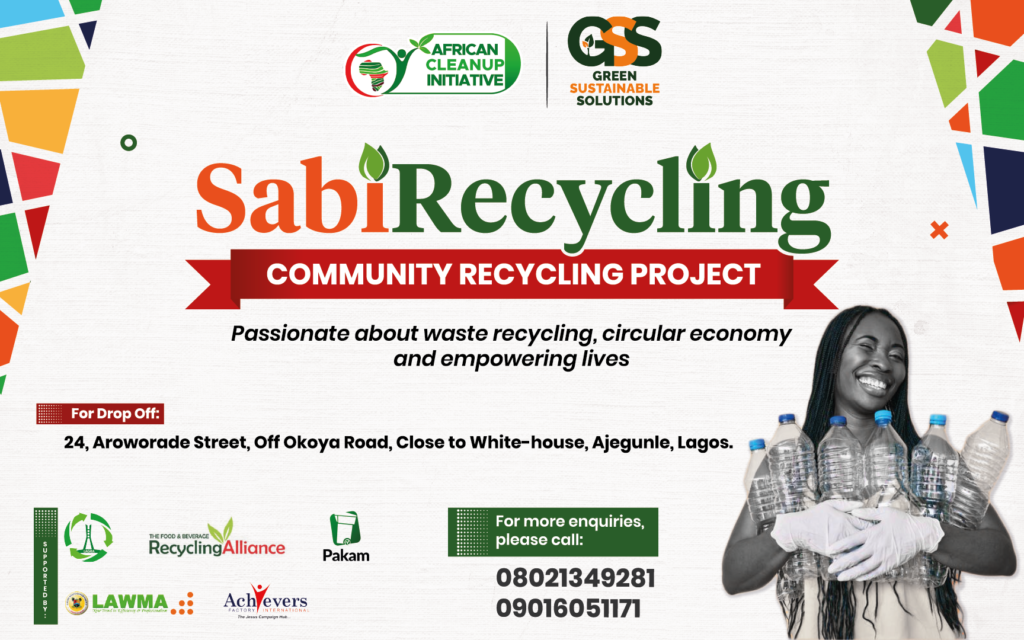 The Green Sustainable Solution launch kicked off at about 10am at number 18 Idi Street Ajegunle, Lagos. Anchoring the program was Mrs. Blessing Onyelekwe, the Communications and Partnership Manager for AFRICAN CLEANUP INITIATIVE. An opening prayer was said, followed by the national anthem to declare the event open.   Giving the opening speech was the […]

The exercise which held at Abia Line Park on the above mentioned date was part of the campaigns by ACI towards proper waste management and environmental sanitation. Abia Line Park was chosen for the exercise due to its strategic location and daily traffic which is usually heavy . The awareness creation was the last field […] 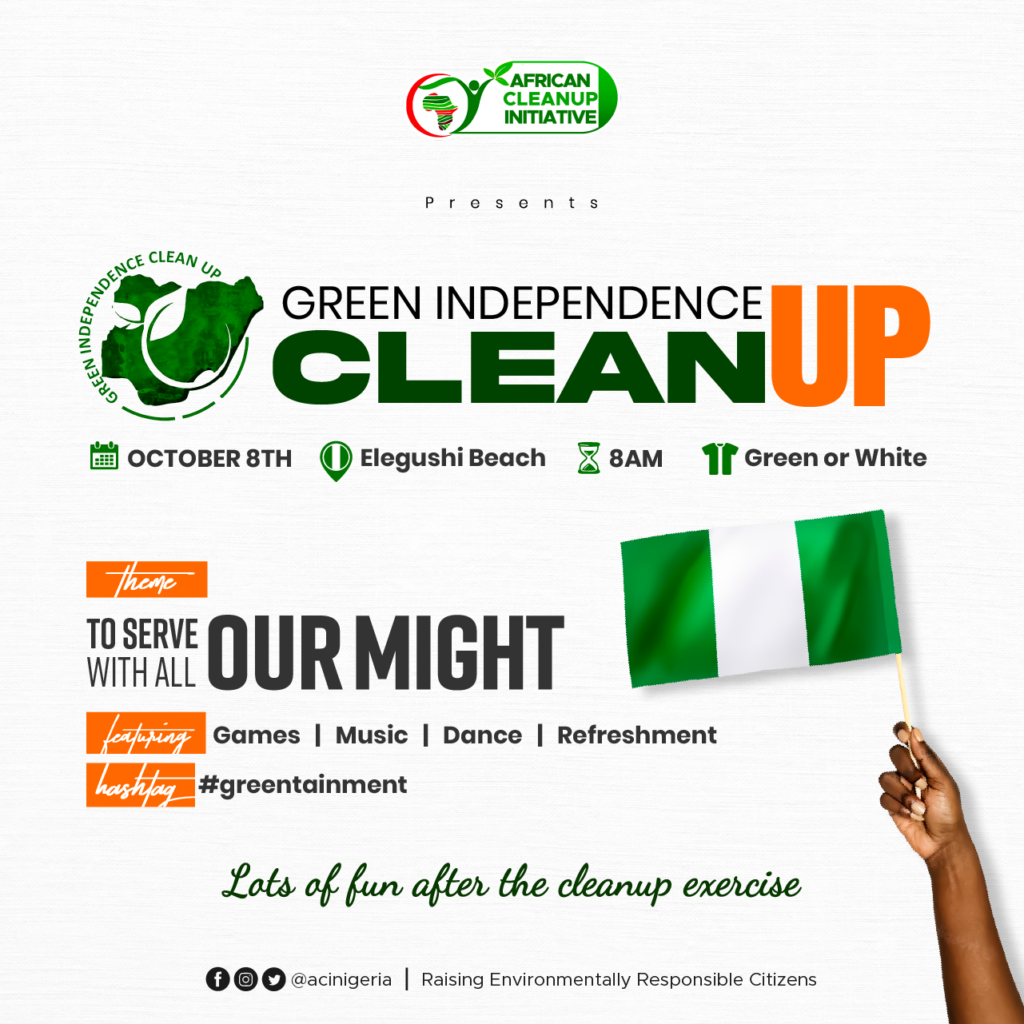 Green Independence Cleanup is a brainchild of African Cleanup Initiative to commemorate the Independence of our great country, Nigeria. The cleanup was scheduled to be executed at Eleguishi Beach by 8am and as it was in our manner, ACI Team and Volunteers arrived from 7:30am and at 8am the cleanup kicked off. Miss Adebola and […] 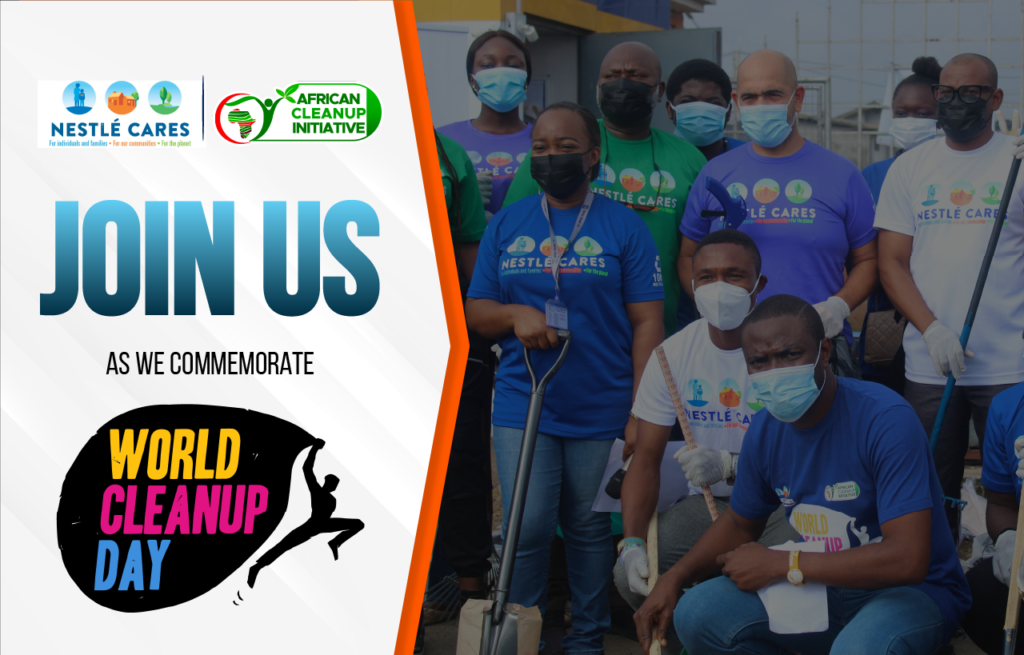 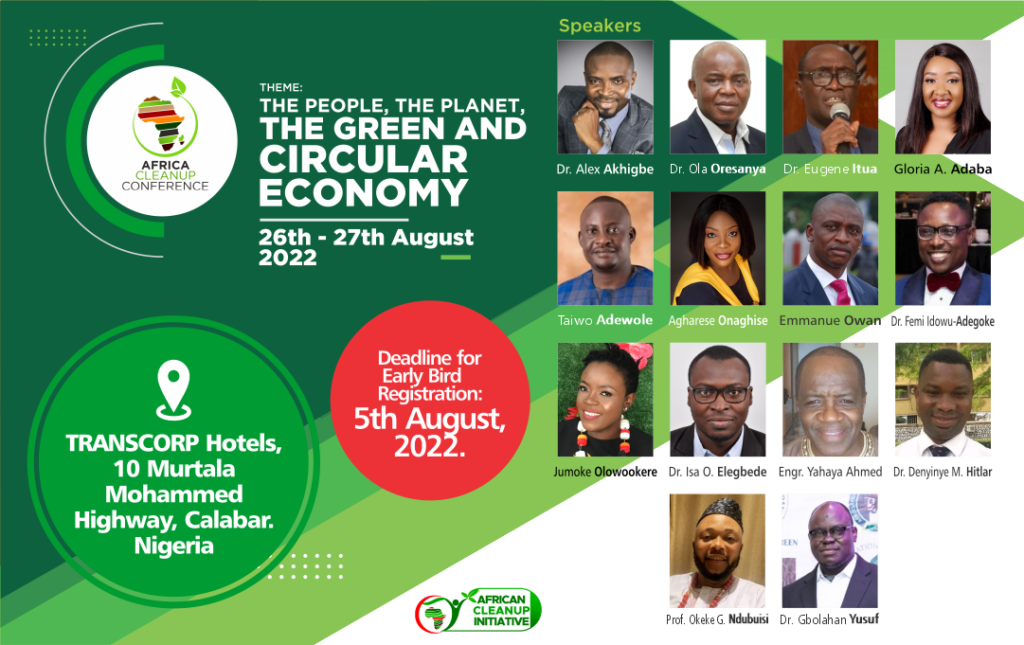 DAY 1 – CONFERENCE The arrival, registration and quick meet and greet of delegates for the conference began at 10:00 am. This year’s conference was tagged “The People, The Planet, The Green and Circular Economy”. The conference commenced with a brief presentation on Green House Effect, Global Warming and Safety by Professor Okeke Gerald Ndubisi, […] 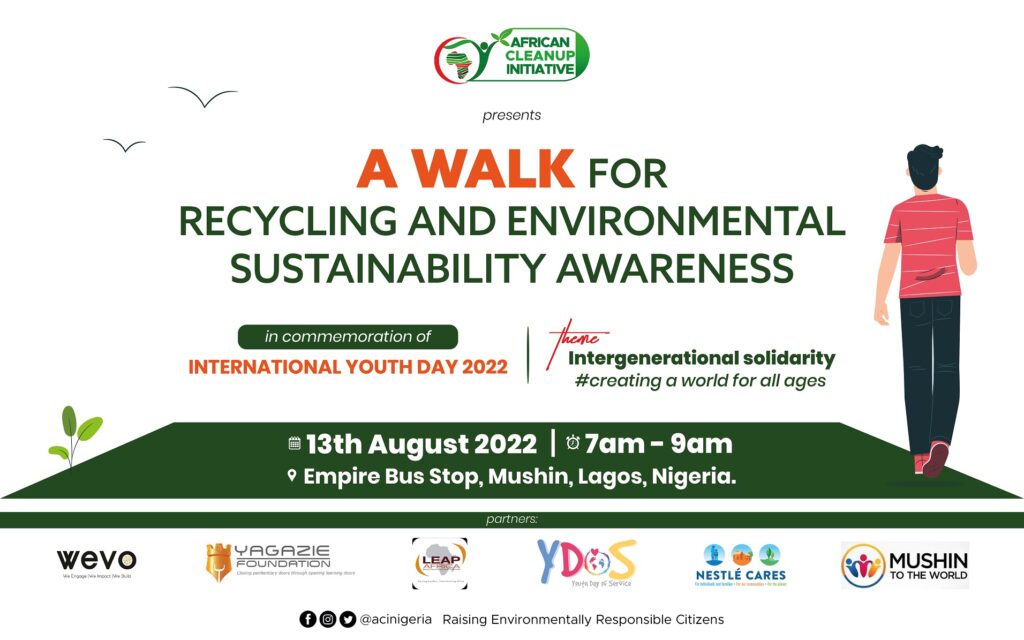 The event, walk for recycling and environmental sustainability awareness was carried out in Mushin community to celebrate the International Youth Day.   The event started at 8am with Mr. Elvis giving the opening speech, after which Mr. Shedrack give instructions on how the movement was to go. The volunteers where divided into two groups and […]

CLEANLINESS DRIVE HELD AT ONIRU MARKET ON 25TH OF JUNE, 2022 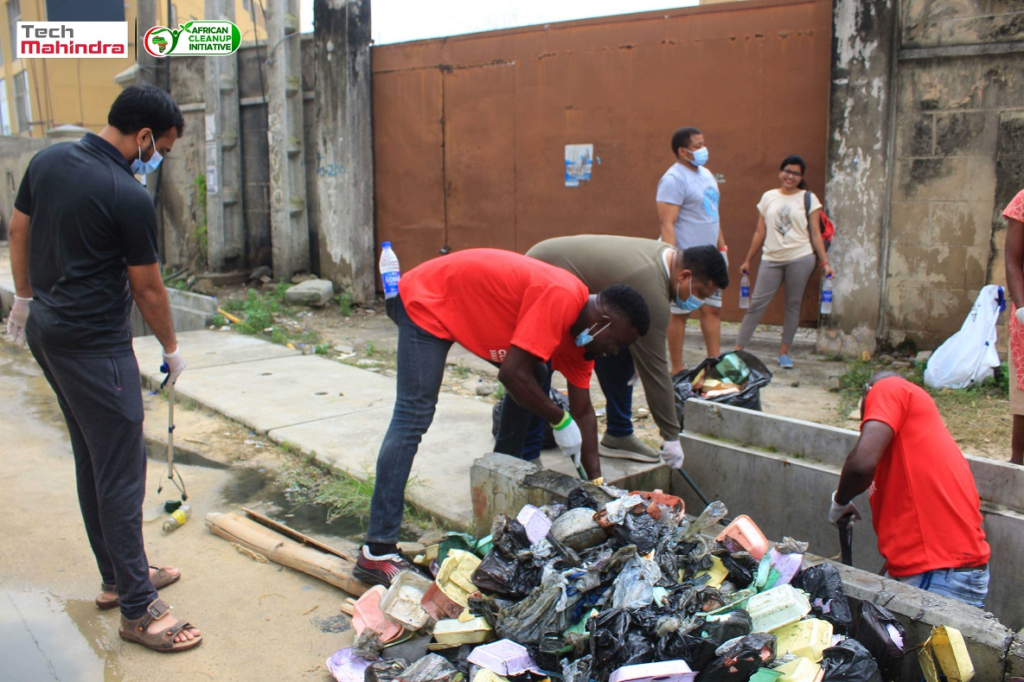 “Those who store, package, and sell the food we serve our families have a responsibility to maintain basic standards of cleanliness in their facilities.” ~ Loretta Lynch.  This was the message we brought to the sellers, buyers and commuters at Oniru Market at the just concluded cleanliness drive where we cleaned up the drainages along […] 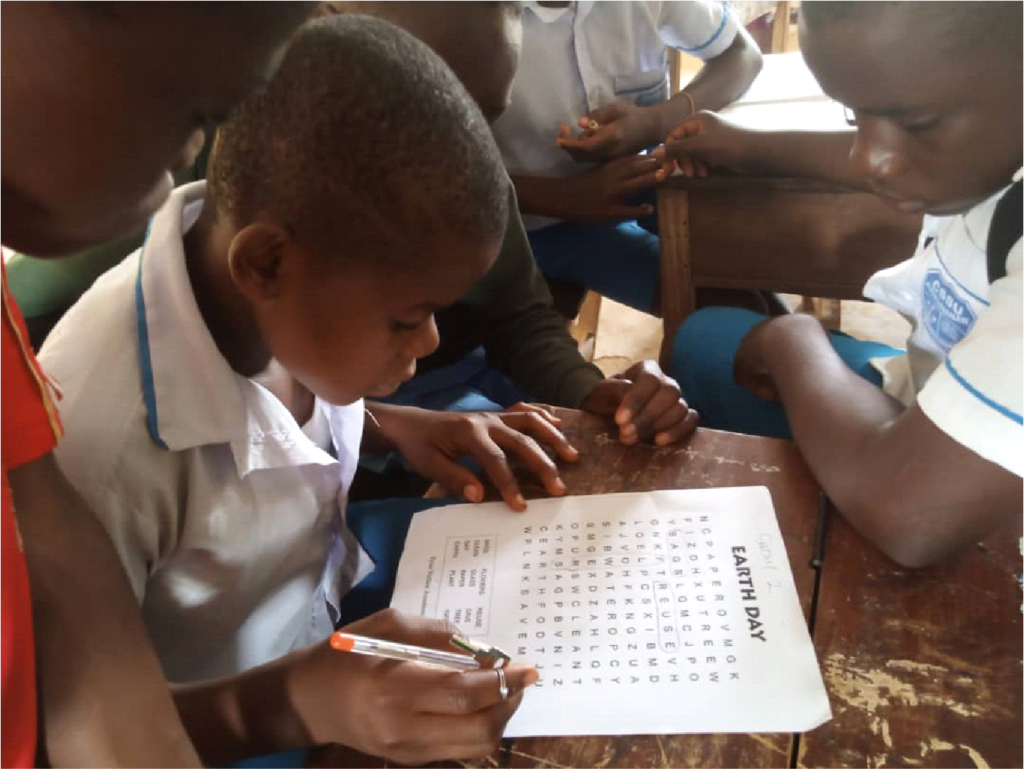 The Enugu ACI team visited Community Primary School, Umueze, Agbani, to introduce who they are and also explained what African Cleanup Initiative is all about. The team also enlightened the children about the environment using two animated short videos titled “What is environment? And how to keep an environment clean”. The training emphasized on key […] 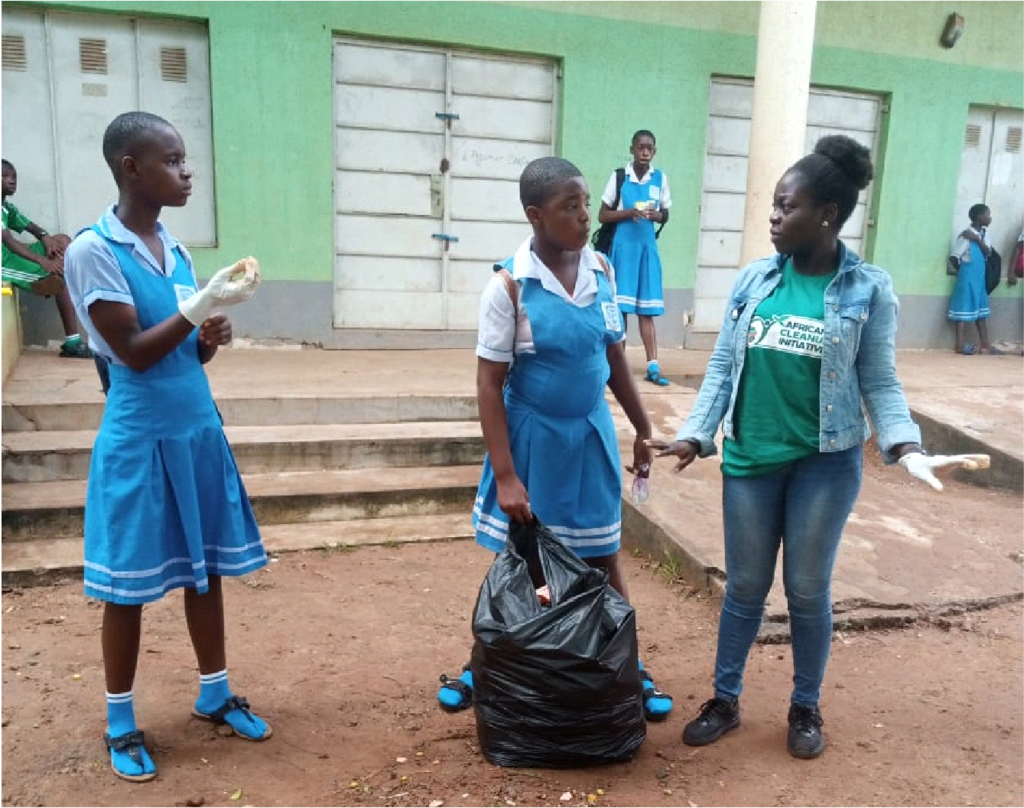 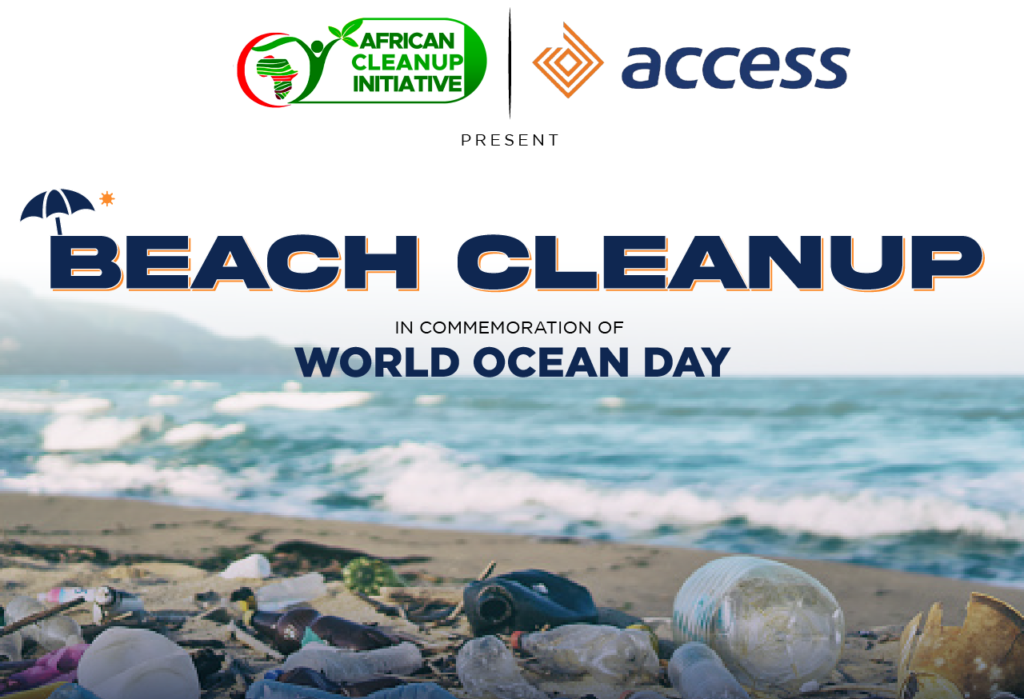 African Cleanup Initiative, in collaboration with Access Bank, brought the message of sustainability and climate action to the Alpha Beach community by involving locals and volunteers from far and wide in a beach cleanup campaign on Saturday the 11th of June, 2022. This action was aimed at sending a message and setting an example of […]