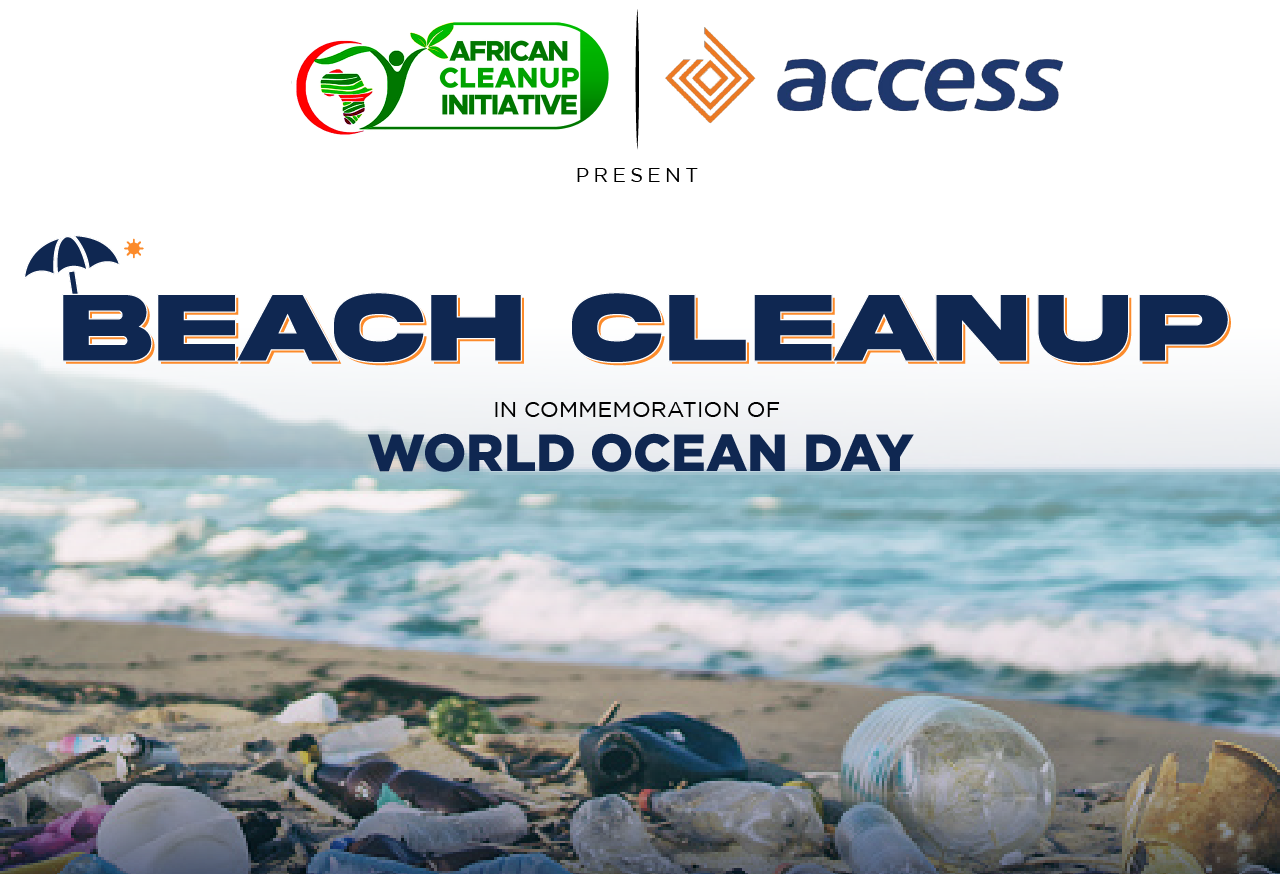 African Cleanup Initiative, in collaboration with Access Bank, brought the message of sustainability and climate action to the Alpha Beach community by involving locals and volunteers from far and wide in a beach cleanup campaign on Saturday the 11th of June, 2022. This action was aimed at sending a message and setting an example of how small actions taken by a small group of people can lead to big changes.

The theme for the 2022 World Oceans Day Event, “Revitalization: Collective Action for the Ocean,” was exemplified through this multi-industry collaboration. The World Oceans Day event is organized annually to enlighten the public about the impact of human actions on the ocean and to establish a worldwide movement of citizens for the oceans.

The cleanup event, which began at 9:00 a.m., drew 63 volunteers who were all united in their pursuit of a common objective, even when Mother Nature decided to show off her beauty and splendor by raining down on the volunteers, they were even more motivated to work.

While giving the introductory speech on behalf of the Chief Environmental Officer – Dr. Alex Akhigbe, Mrs. Blessing Onyelekwe, Communications & Partnership Manager for African Cleanup Initiative, drew the attention of the audience to the growing need to take urgent action to protect the oceans and marine life within them.
“It takes each and every one of us to make that conscious effort to bring an end to flooding and other environmental disasters,” said Mrs. Blessing in her opening remarks.

On his part, the founder and Chief Environmental Officer of African Cleanup Initiative, Dr Alex Akhigbe, appreciated stakeholders and Access Bank for working together to ensure projects like these reach the most vulnerable communities, in his words, “Rural communities contribute less to environmental pollution but are most at risk of the devastation it causes, it is an unfair reality, that is why the work we do with partners like Access Bank is important, local communities need to be enabled to fight this crisis, this World Oceans Day is significant in this pursuit, we remain committed to the people, volunteers and community we serve”.

Following African Cleanup Initiative’s culture of “Pray, Work, and Play,” volunteers took part in fun beachfront games such as tug-of-war, sprint, egg & spoon race, vibe with words, among others.
Activities came to a close by 12:45 pm, after which all volunteers who showed up were given a “Green Certificate”, which is a demonstration of their dedication to contributing to a healthy environment and refreshments.

With the cleanup exercise carried out at Alpha Beach, the shorelines at the end of the day yielded a total of 384kg of solid waste and 60.2kg of recyclable waste which contributed to the reduction of the CO2 emission in the environment by five metric tons. Owing to the practical steps carried out in the course of the cleanup, some community members became aware of the process of sorting and were able to inform others while 7,543 people were reached both online & offline through sensitization and publicity campaigns.

We extend sincere gratitude to all our partners whose support have proved to be invaluable to the success of this project, The Recyclers Association Of Nigeria (RAN), The Lagos Recyclers Association (LAGRA), Lagos Waste Management Authority (LAWMA), WEVO, the Alpha Beach community and most especially our volunteers, who have remained dedicated to this resolve.

This event was proudly implemented by African Cleanup Initiative and supported by Access Bank.