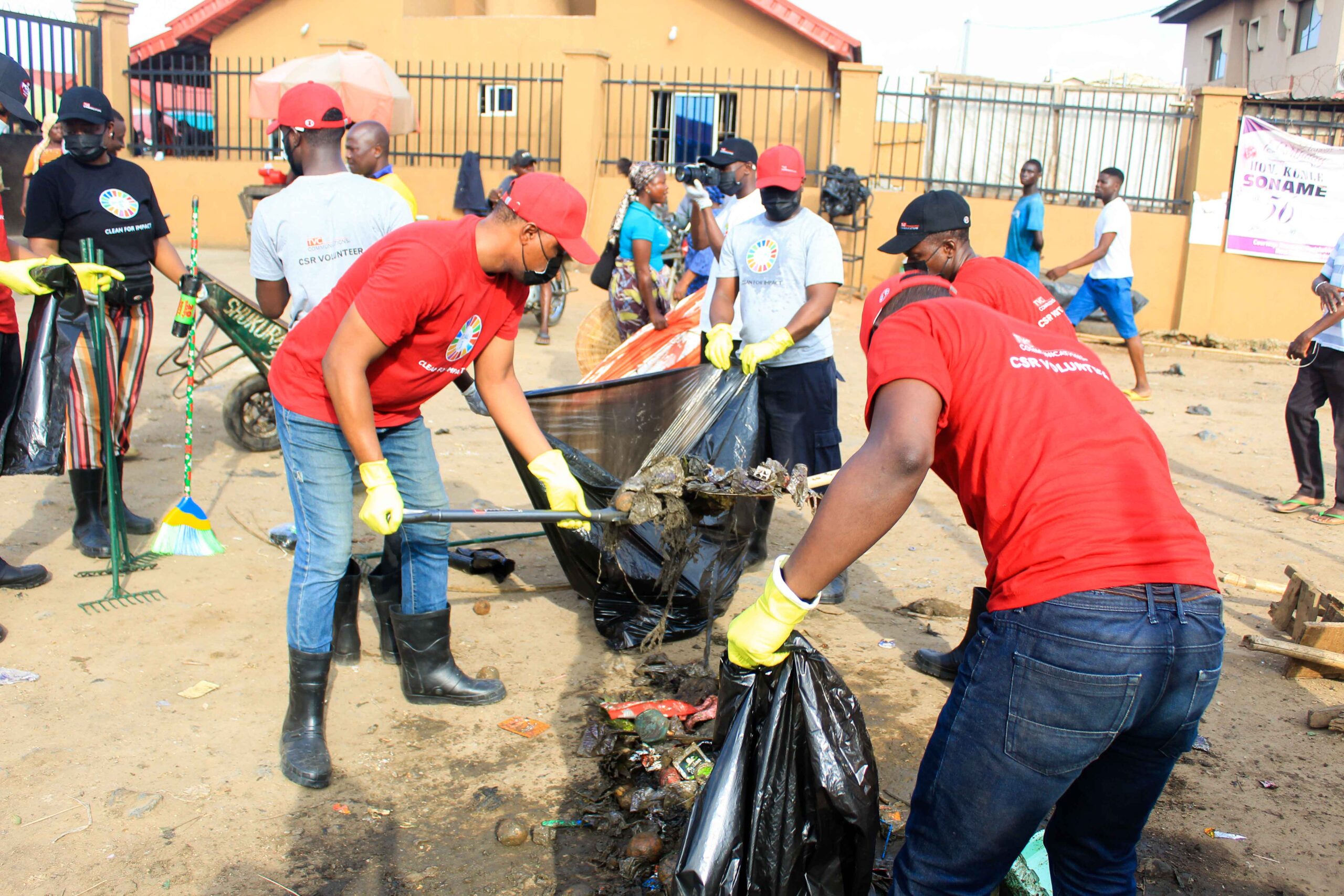 They say the core of Environmental Sanitation is to protect public health and the only way this can be achieved is through collective effort and inclusion. Ketu Fruit Market experienced this as it was exemplified by volunteers of TVC Communications and African Cleanup Initiative on Thursday the 2nd of June 2022.

The event which was tagged “Clean for Impact” was organized to commemorate World Environment Day. Clean for Impact Project is an initiative of African Cleanup Initiative created for environmentally responsible organisations that are committed to protecting the environment and the development of the ecosystem.

The exercise started with sensitization of the participants by Mrs Mabel Aladenusi, Corporate Head, TVC Communications after which she introduced the head of the various organizations present; Mrs Onikoyi Tawakalitu from the Ministry of Environment, Lagos state, Mr Fatoki Ayobode Kehinde, Special Adviser on Environment to the Chairman, Ikosi Isheri LCDA and Mr Elvis representing the CEO of African Clean up Initiative gave a short statement.

There’s no doubt that the organization’s impact was felt just like the tag of the event. At the end of the event, 212kg of solid waste was recovered while 7kg of recyclables were recovered from the environment.  Aside from the cleanup exercise TVC Communications also donated waste bins to the market for proper disposal of waste and to sort their recyclables.