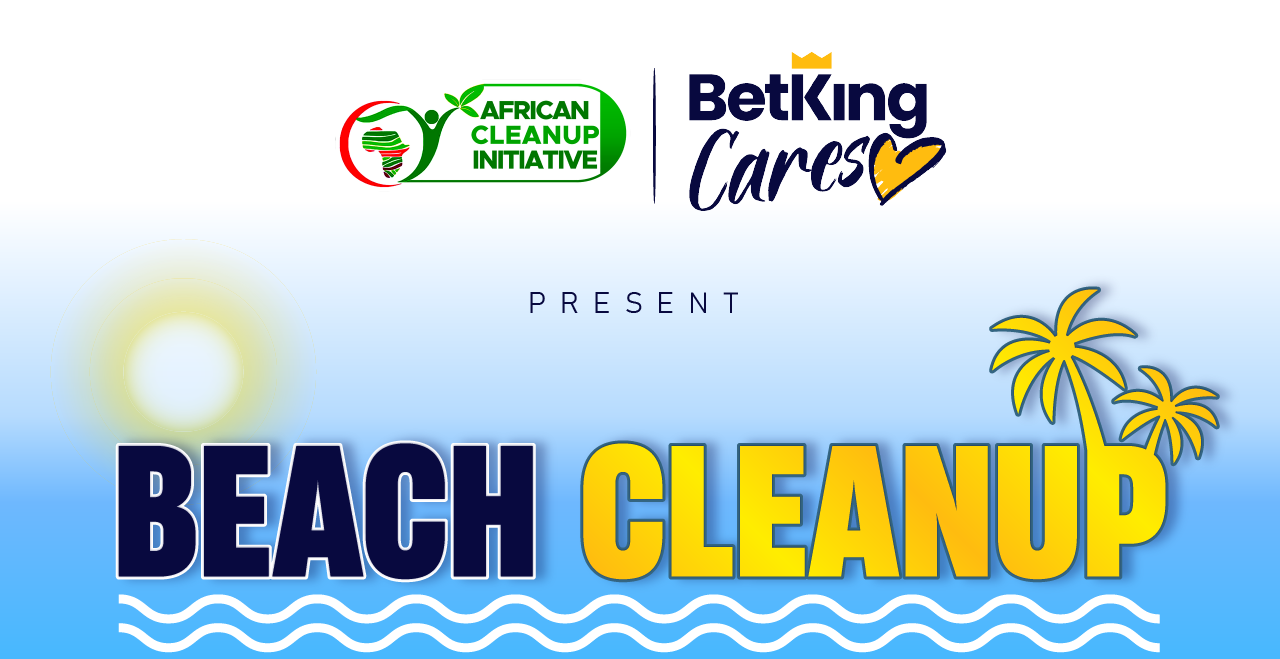 The BetKing Cares Cleanup Project is a cleanup drive carried out on different dates from April to May in six locations in four states (Lagos, Abuja, Benin & Port Harcourt). This cleanup project was part of BetKing’s social responsibility in giving back to communities and promoting a clean environment both in marketplaces and on beach fronts as their CLEAN FOR IMPACT (CFI) Project. This project was powered by BetKing Cares and implemented by African Cleanup Initiative. With a record of Two Hundred and Twenty (220) participants of which Ninety (90) were, BetKing’s Staff and the other One Hundred and Thirty (130) participants were African Cleanup Initiative’s volunteers.

The six locations these cleanup activities were carried out are Alpha Beach, Lagos; Bwari Market, Abuja; Okun-Ajah Beach, Lagos; Ring-Road, Benin; Elegushi Beach, Lagos and Rumuola Junction, Port Harcourt. The Bet King Cares Cleanup Project was a laudable project with different locations having different activities, and different participants with the same goal. The project kicked off with the Alpha Beach Community where the participants were tasked with the responsibility of cleaning the shores of the beach and sorting the waste recovered.

After which , the project moved a step further with Okun-Ajah Community, where the same activity that was done at Alpha Beach was carried out but was completely different from the activity that was carried out at Bwari Market in Abuja. Here, the participants including some of the marketers participated in cleaning the drainages of the market and sorting the waste recovered. The Ring Road cleanup in Benin was carried out at the Oba’s Market on Lagos Street, with the objective of cleaning the market drainages and sorting of waste recovered. While in Lagos, the Elegushi beach was more of ensuring the beachfront is clean as participants were tasked with clearing the debris found on the beach and picking up recyclables found into coloured coated bags.

However, the approach in Port Harcourt was different because of the waste management issue being faced by the state. in this intervention, the participants were tasked to pick up plastic waste from the junction and the market nearby. These activities were to ensure these communities experience That Do-Good Feeling of cleanliness and environmental awareness. No doubt, at the end of each exercise the environment was always different from the way it was before. The total waste recovered from this project was 962kg of solid waste while 133.9kg of recyclables were diverted from going into the ocean and blocking drainages.

We are in the rainy season and the implementation of the project was timely according to residents, commuters, marketers and even the participants who were excited and appreciative of the fact that such an exercise was being carried out at the right time. This cleanup project reduced the amount of seaweed that would have been found lying on the shore of the beach, diverts plastics from floating into the ocean and endangering aquatic creatures and reduced the level of flooding in the market that would have been caused by blocked drainages.